These stone ruins lie along a private laneway several miles from Ballyclare. At a time, there was a dwelling conjoining the ruins however this was removed leaving what appears to be two standalone dilapidated structures. The site is very rural in nature and the context of the dwelling is surrounded by farm yards, farm outbuildings and dwellings.

The sympathetic conversion of the two ruins was possible as they were on the same axis with an appropriate gap between them to infill a block. This combined with the ruins created one simple dwelling over a split-level design. The original openings of the ruins were maintained and brought back to keep the originality of the fabric. A large opening was created to the south of the home to provide natural daylight. A small dormer was in the new addition was a statement of architectural language to contract against the old. The middle block is clad entirely in slates blending from the walls to the roof seamlessly. 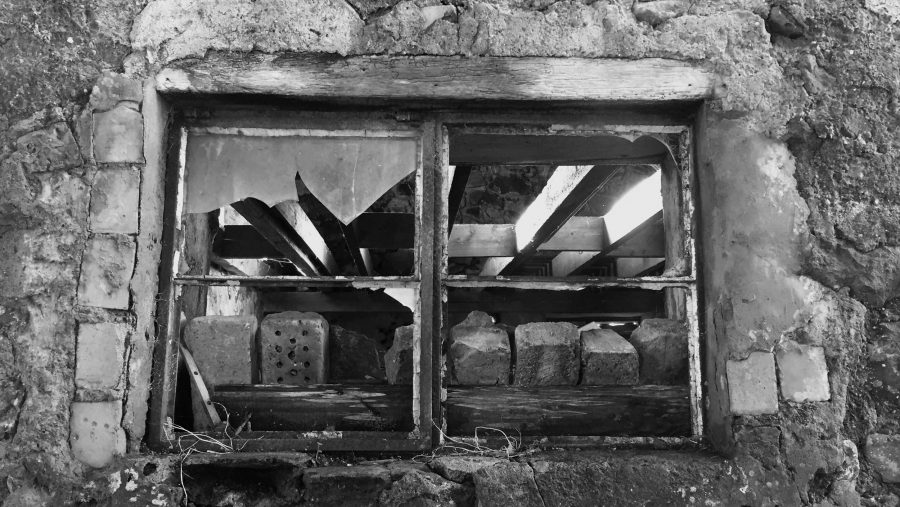 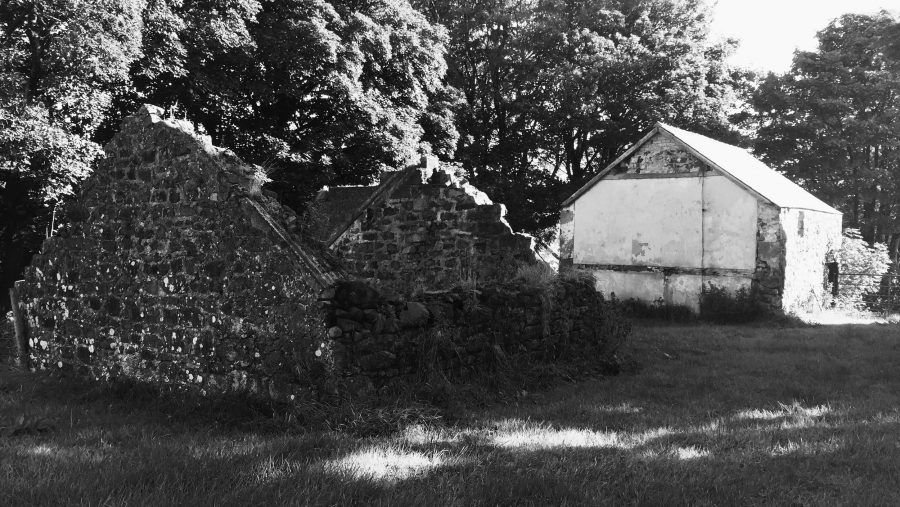 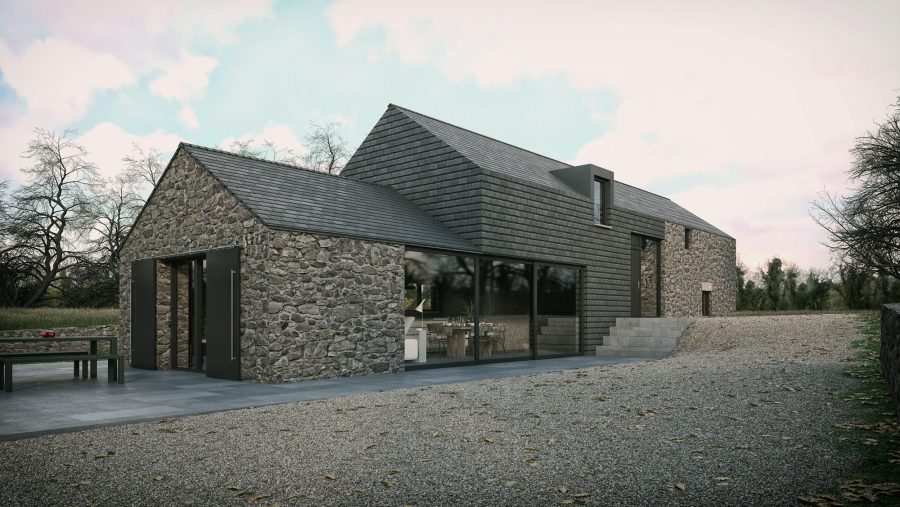 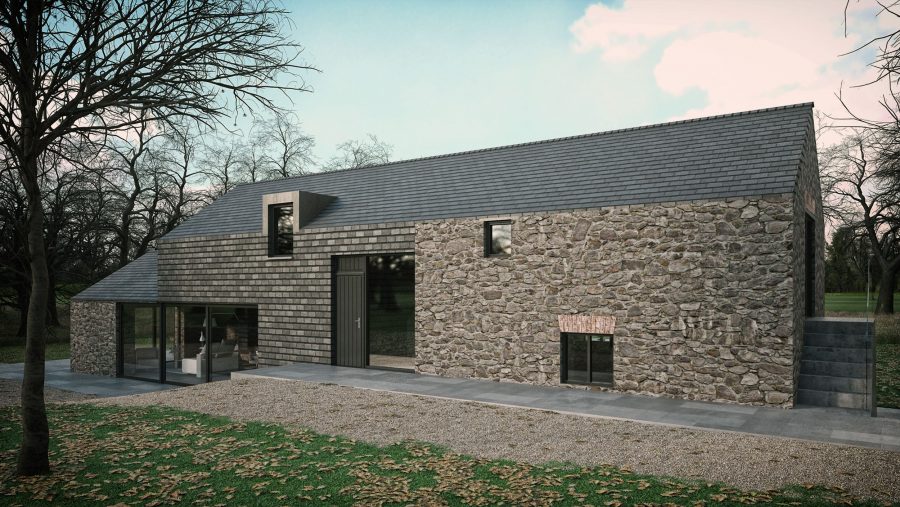